The Cactus Club: New Art Inspired by the Arizona Desert

Have you ever gazed up at a 40-foot tall Saguaro Cactus? Awe is the only way to describe how it feels to gaze up at one of these 150-year old graceful giants.

It’s amazing that something so prickly can also be so beautiful. And have so much personality. 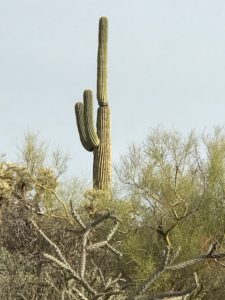 I’d seen Saguaro cacti that had been planted in landscaping, but never really seen them growing wild. So last week, when Ron and I went to Tucson for vacation, the highlight of the trip was hiking through Tucson Mountain Park. There are literally thousands and thousands of Saguaro cacti of all shapes and sizes growing throughout the park.

Some are single pillars and others have from one to many branches.

If Cactus Could Talk…

My favorites were the Saguaro Cacti that resemble living characters. The curves of the branches sometimes take on very human gestures—arms if you will. Especially when they bend downward instead of up. 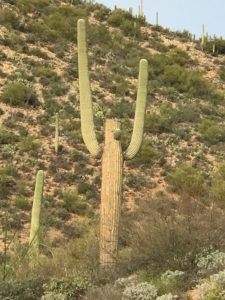 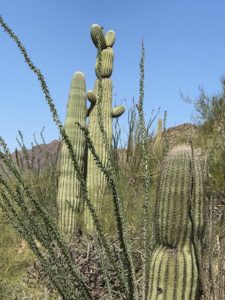 One even looked a bit like Ursula the Sea Witch from The Little Mermaid. 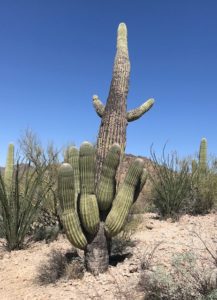 When I was a kid, one of my favorite Saturday morning kids’ TV shows was H.R. Pufnstuf. There was a boy named Jimmy, who owned a talking golden flute. The title character was a talking dragon. There was also a witch, talking clocks, buildings and candy—and several talking plants: good trees, evil trees, and talking mushrooms.

I certainly hope so—and so I drew them that way.

And so I was inspired…

The cacti inspired me to create several pieces of art, which can be purchased as mugs, tote bags, or prints on Society6: 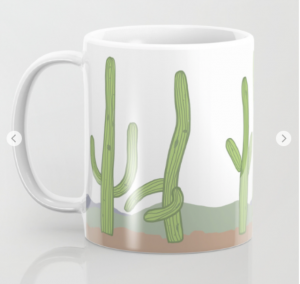 The Cactus Club -available as a mug, print or tote bag 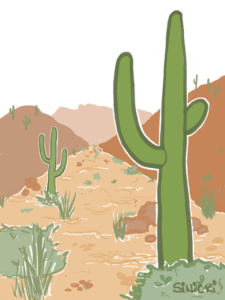 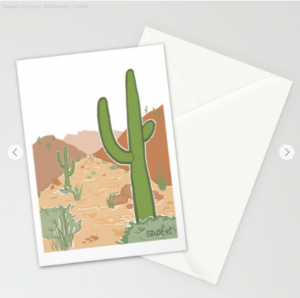 Desert Canyon -available as a card, print or tote bag 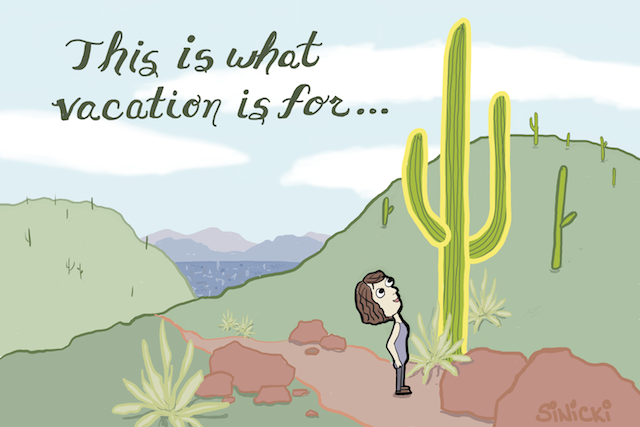 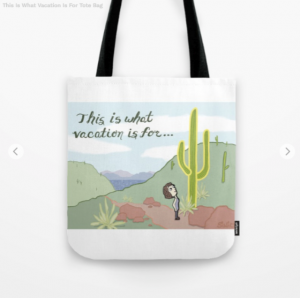 What Vacation Is For -available as a print or tote bag 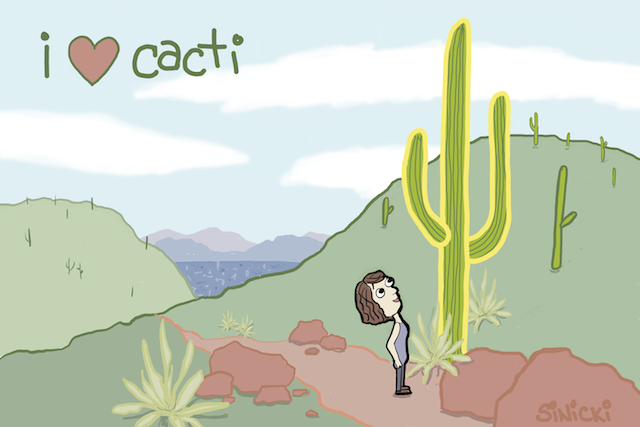 I (Heart) Cacti -available as a print or tote bag